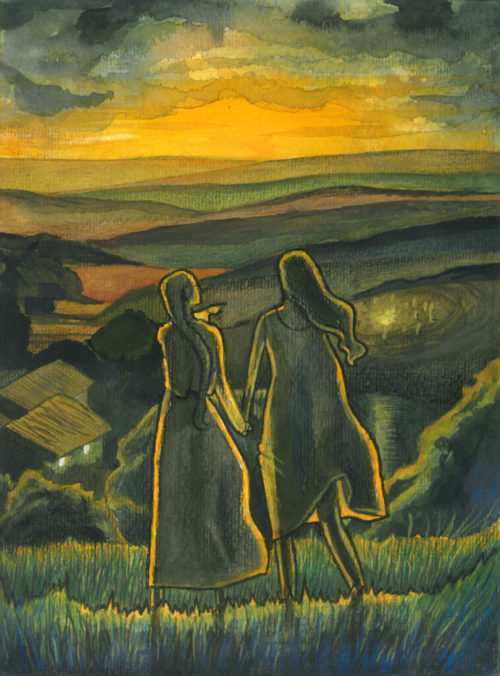 As she finished eating a large piece of bread that had been brought to her, Nuszka hear the girl’s voice over her head:

– Quickly, sweetheart. I will give you more food at home. I know that you are hungry – the girl who was saying that knelt down in front of Nuszka, frowning in worry – Poor you

– Thank you – Nuszka smiled as she felt the warmth spreading over her stomach while she was eating the delicious bread.

– Finally you’re smiling! – the girl smiled – my name is Jadzia, and yours?

– I’m Noffhka – she replied with her mouth full.

– Come on sweetheart, you’ll finish it on the way. It’s close! – the girl exclaimed, extending her hand to Nuszka.

– Why the rush? – with such a delicious meal, Nuszka was in no hurry to go somewhere else

– Because it is dusk and I am afraid, because at home I have a lot of food for you, because today we are dancing at …

– One SEC! – Nuszka interrupted her – Your company is enough for me

– To have my company, you must come with me

Jadzia knelt down in front of her and looked into her eyes.

– What do you care about then? What are you looking for? – Suddenly the girl sounded much more serious than before – you don’t want to say. Maybe you’ve been banished, maybe you ran away from your evil husband, I’m not asking. But I come and help you out of my good will. Isn’t that a sign for you that my intentions are good?

Both assumptions were partially true. “Maybe you’ve been banished” – her tribe said goodbye to her in anger and without understanding. “Maybe you ran away from your evil husband,” that sentence, for some unexplained reason, touched her in a was she could not define. She heard a soft, gentle “go, go” voice in her head. What she was about to say was a surprise to her:

– Yes! – exclaimed Jadzia. She encouraged Nuszka to get up, took her hand and started walking.

On the way, Nuszka was repeating the words of Baba Yaga in her mind: “Your heart brought you to me. Then why don’t you let it lead you further? ”. Apparently it’s the heart.

Jadzia was a little shorter than her and she seemed very young. Nuszka, however, did not deal with people very often, so she was not able to accurately determine Jadzia’s age.

– You have already survived with four husbands at least! – Jadzia replied, of course having treated it as a joke – how was it?

– Weird – that was the first word that came to her mind.

– It’s here – Jadzia announced, pointing to the burning fire behind the small lake

A thrill ran through Nushka. She had no idea what might be waiting for her there … 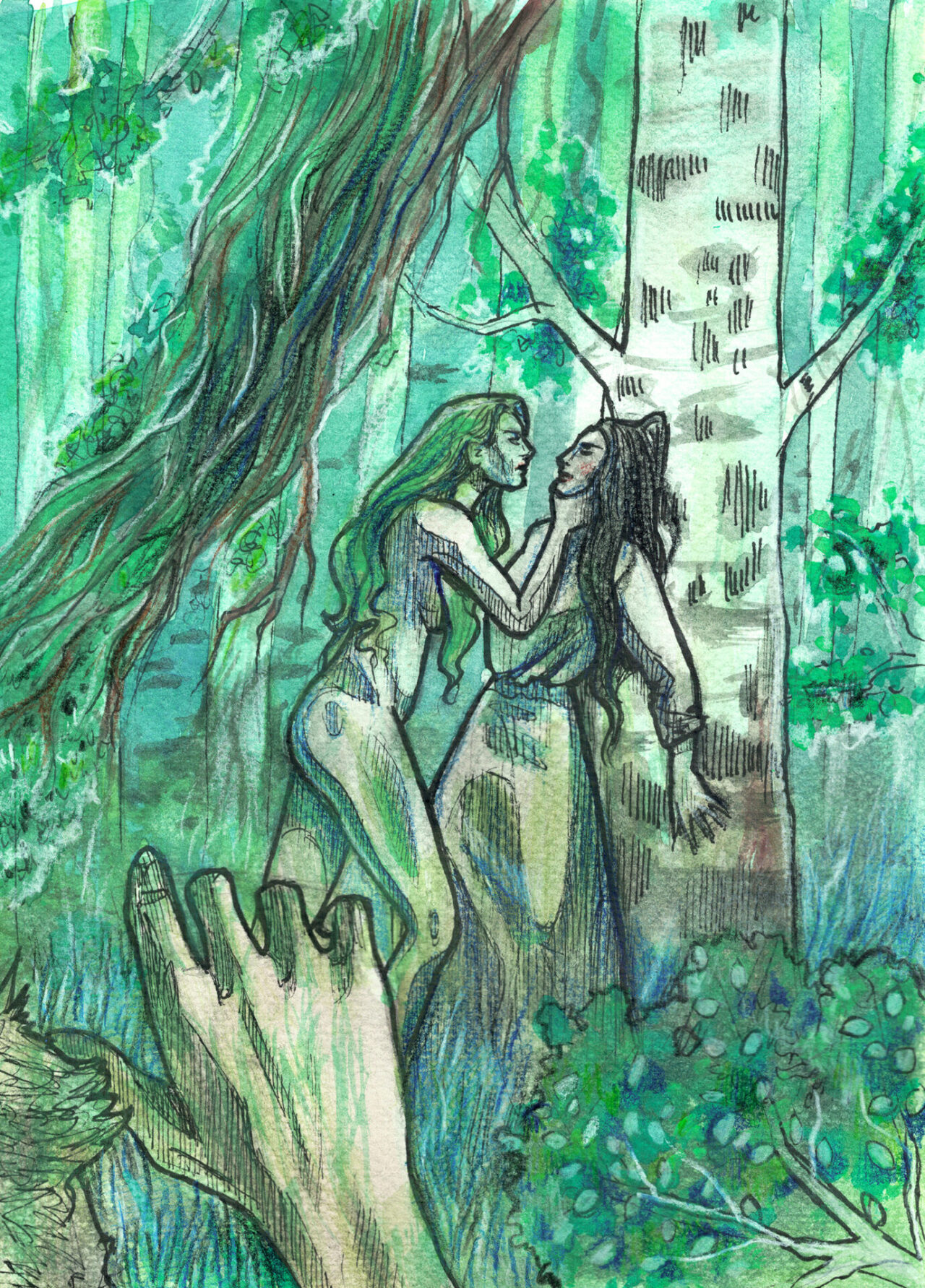 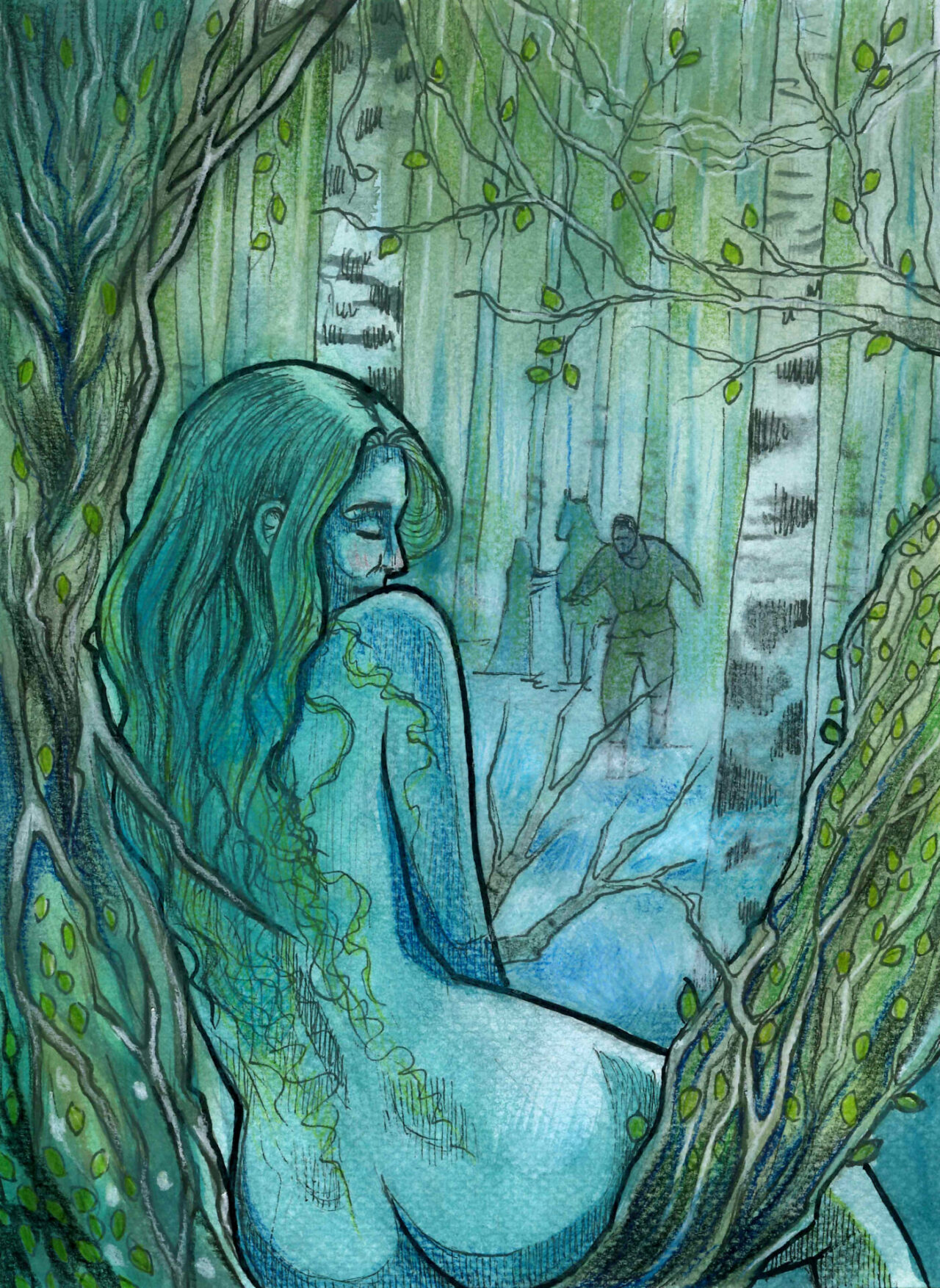 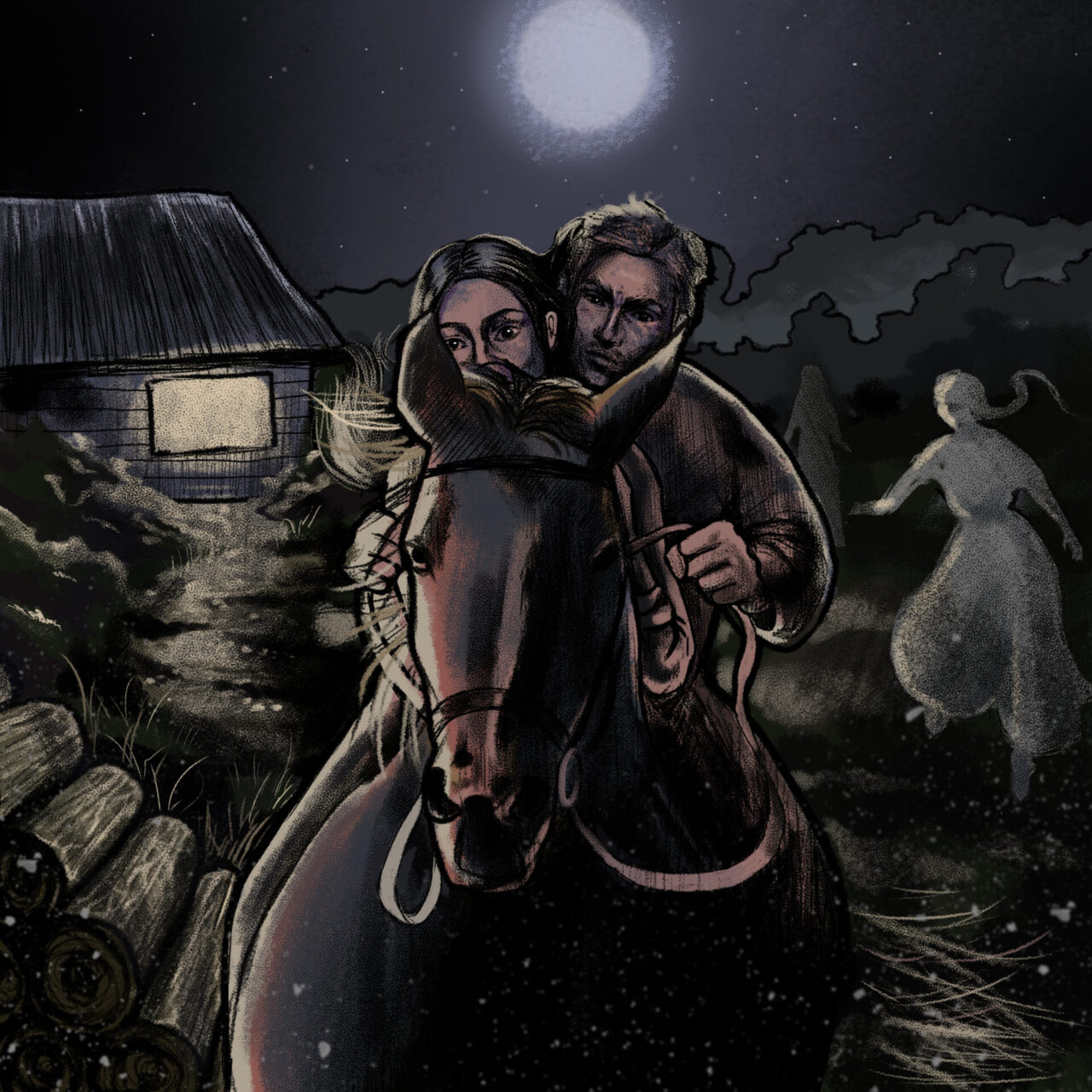 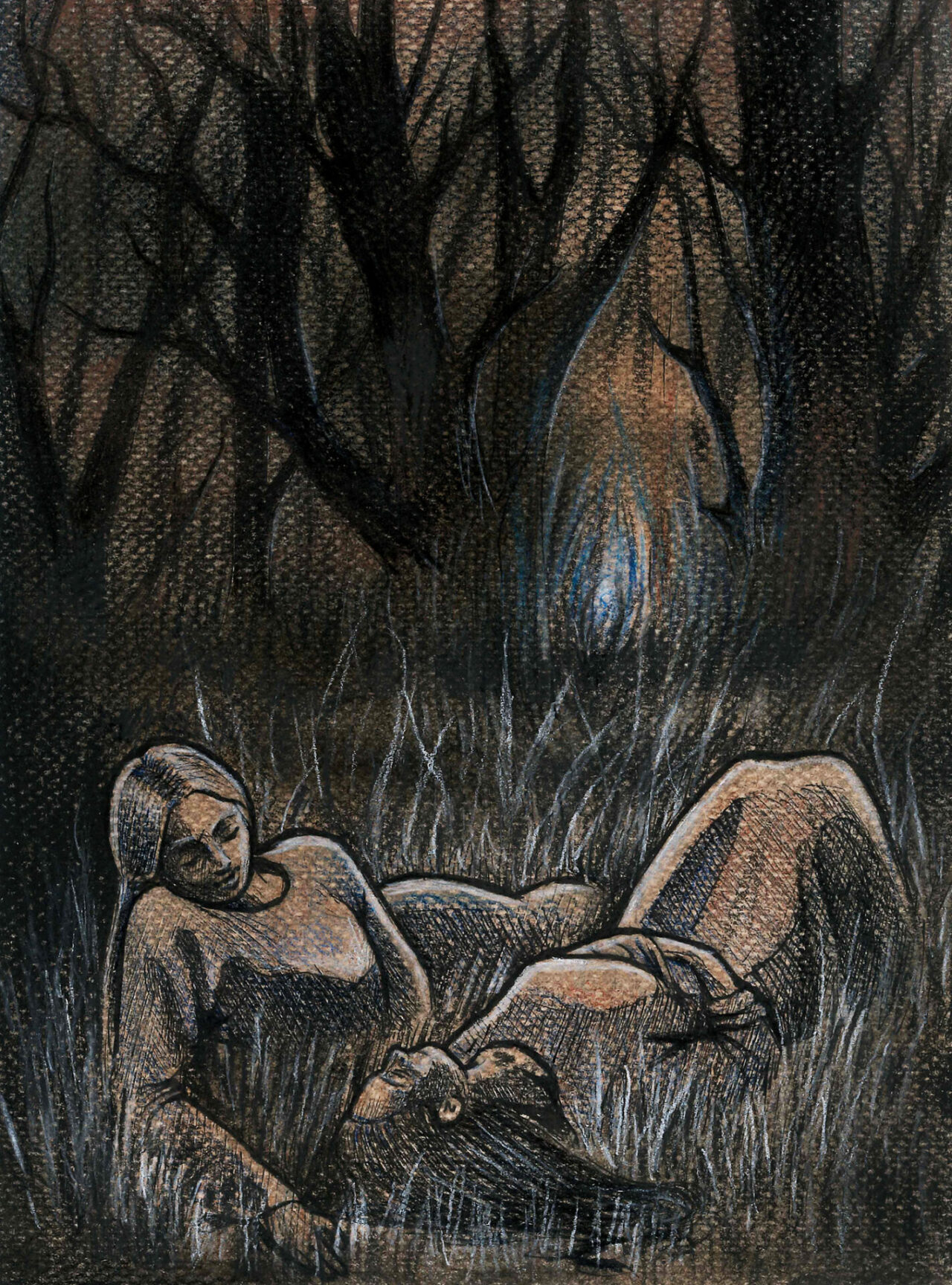